In a TTAB Petition to Cancel proceeding that was filed in 2006 and contained many interested elements, the Board ultimately found that the marks U.S. CHAMBER OF COMMERCE and the UNITED STATES HISPANIC CHAMBER OF COMMERCE logo (below) are not likely to be confused. The heart of the Board opinion was that the U.S. CHAMBER OF COMMERCE mark, despite being famous, was so weak and “apt” and descriptive that it is entitled to a very narrow scope of protection; and the dominant feature of of respondent’s mark is its design element and thus the marks were found by the Board to be “fundamentally dissimilar.”

Some notes on the proceeding:

– Respondent’s counterclaims based on genericness were denied

– Will the TTAB decision be appealed by the U.S. Chamber of Commerce? 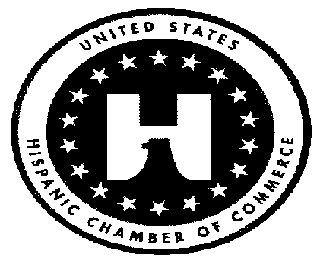